NEW MEASURES OF THE REPUBLIC OF SRPSKA EMERGENCY SITUATION COMMITTEE 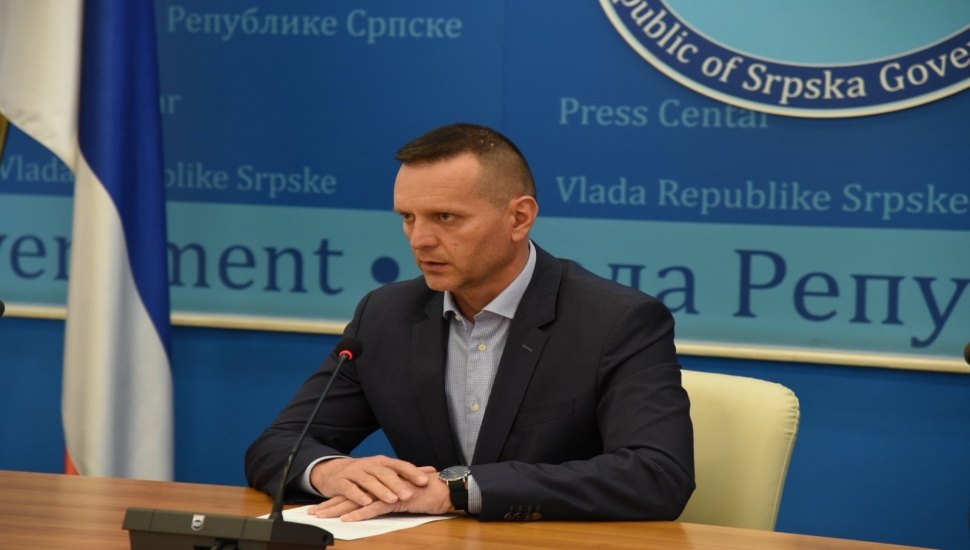 In addition, by imposing this Conclusion, the Committee obliged local communities to provide quarantine within 24 hours on the territory of their local communities. Persons who were found to have violated imposed isolation measures would be placed in these quarantines.

Minister Lukač said that this measure was adopted because it was found that dozens of persons did not respect the imposed isolation measures, endangering not only their lives but also the lives of all those with whom they were in contact.

In the past 24 hours, five minor offenses have been registered by police officers in relation to the emergency situation under the Law on Public Peace and Order:

-On March 22, 2020, at 09.50 a.m., at „ŔS“ supermarket in Omladinska St. in Banja Luka, a person whose initials are V.L was found and isolation measure was imposed on them. The report on minor offences was served under Article 22 of the Law on Public Peace and Order.

-On March 21, 2020, at 11.30 a.m., a citizen informed Omarska Police Station via phone that a person whose initials are R.C. from Gornja Omarska returned from the Republic of Slovenia on March 20, 2020, and that, although that they had a restraining order, they came to the funeral of their neighbor N.D.  A police patrol of Omarska Police Station was dispatched to the scene and the report on minor offences was served to the person R.C. under the Article 22 of the Law on Public Peace and Order.

-On March 21, 2020, at 1 p.m., police officers of Bijeljina Police Station 2 served a report on minor offences under the Article 22, Law on Public Peace and Order, to a person whose initials are Đ.Đ. from Bijeljina, because they did not follow the order of the Epidemiological Service imposing self-isolation at the address of residence, i.e. the person was seen at public place on March 20, 2020.

-On March 21, 2020, at 1.30 p.m., police officers of Skelani Police Station Department found out that a person M.B. from Skelani left home isolation.  A community service inspector was informed about this case and the warrant on minor offences would be served to the person M.B.

-On March 21, 2020, at 3 p.m., police officers of Zvornik Police Station checked a person Ž.D. from Zvornik, upon learning that the person was not in isolation, and the person was not found at the given address. They served the Decision imposing the isolation measures. Communal service inspectors, who are competent for further actions, were informed about the case.

We remind you that the prohibition of movement has been in force on the territory of the Republic of Srpska since yesterday, March 21, 2020, and in the period from 8 p.m. to 5 a.m., the curfew is in force, i.e. all persons are prohibited from leaving flats, rooms and living premises.

Due to breaking curfew in the Republic of Srpska, police officers warned 163 citizens who were found in streets last night, outside their apartments. In future, police officers shall impose sanctions in accordance with positive legal acts against citizens who do not respect the Conclusion of the Republic of Srpska Emergency Situation Committee on the prohibition of movement.

In the City of Banja Luka, last night, on March 22, 2020, at 2.30 a.m., at Milutin Milanković Boulevard, a car accident occurred with consequences on persons. A person whose initials are D.G. from Banja Luka participated in this accident where they had off road accident with their passenger motor vehicle brand "BMV". While controlling this person, police officers found that the inspection service had issued a quarantine and health surveillance order. A proceedings on minor offences under Article 174, paragraph 2 of the Law on Road Traffic Safety in BiH and Article 22 of the Law on Public Order and Peace would be initiated against the person D.G.

NEW MEASURES OF THE REPUBLIC OF SRPSKA EMERGENCY SITUATION COMMITTEE