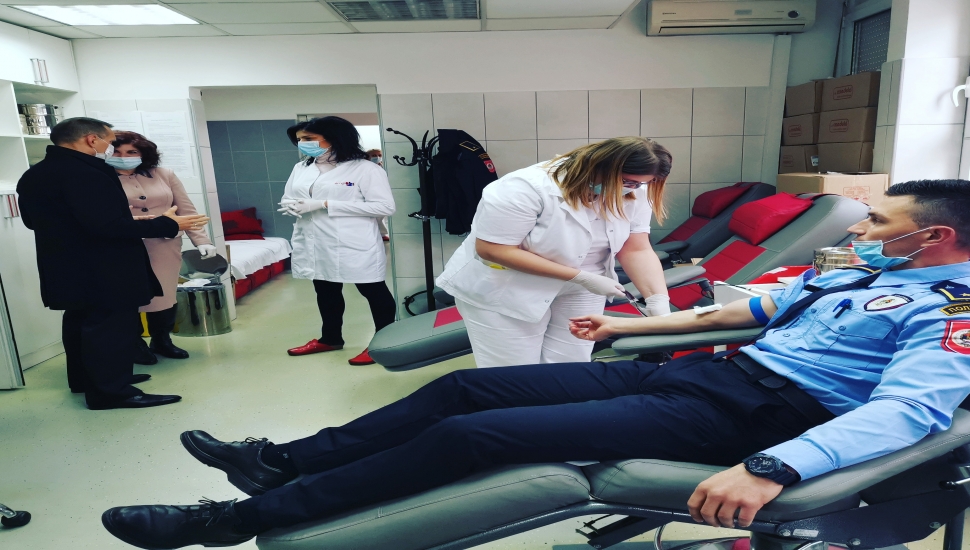 The Republic of Srpska Minister of the Interior, Mr Dragan Lukac, visited the RS Blood Transfusion Institute and stated that the Police Day would not be celebrated as in the previous years due to the emergency situation, but that the traditional blood donation campaign would go on, as a part of assistance to our citizens in need. He added that this campaign was very important especially in the moment when it is difficult to organize people for similar campaigns, and that the most rewarding thing a man might do was to donate blood and save someone’s life.

The Minister also visited the members of the Banja Luka Police Administration who applied for the donation.

The Institute Director, doctor Gordana Guzijan, expressed her gratitude to the Minister and the RS MoI for this campaign, because we all were in extraordinary and emergency circumstances.

Director Guzijan stated that this campaign would last for one week in all ten branch units of the Institute all over the Republic of Srpska. She once again thanked all the people who accepted do donate their blood.

Doctor Guzijan said that their blood supplies were very good, but that they decreased over the past three weeks, so that this campaign of the RS MoI happened at the right moment.

She also added that it has not been proven that the corona virus is transmitted by blood.