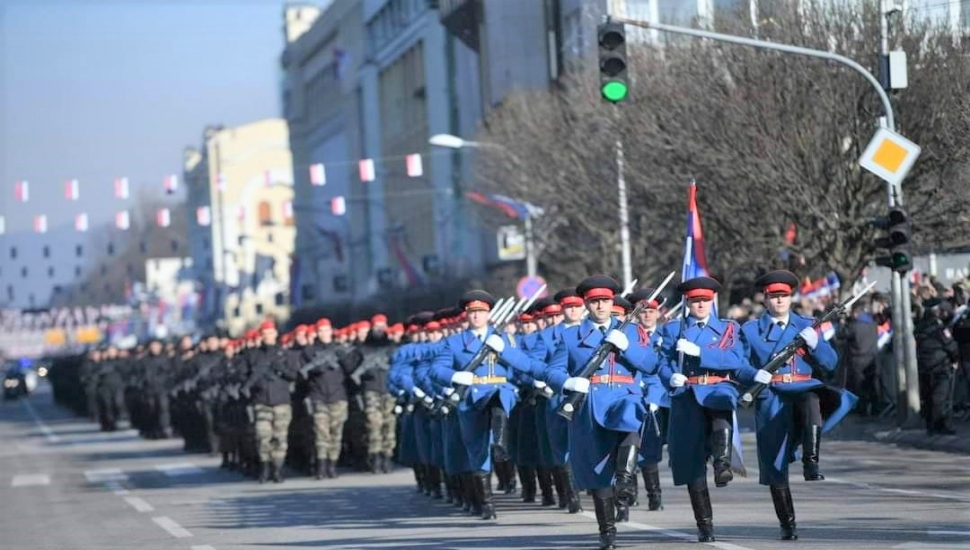 On the occasion of celebrating the 9th January – The Republic of Srpska Day, the RS Ministry of the Interior undertakes increased security measures with the aim of maintaining a favorable security situation in the upcoming period.

We advise the citizens who wish to attend the Ceremonial Parade that will be held on Sunday, January 9, 2022 at 12 o’ clock (noon) in Banja Luka, to obey the orders of police officers on the field and not to carry any pyrotechnic devices or other dangerous items. The Ministry also advises the citizens to avoid carrying any backpacks and bags in order to move easily and prevent queues, and to carry some kind of identification document with them.

With the purpose of undertaking additional security measures and activities on the occasion of upcoming holidays, the Minister of the Interior issued an order on prohibition of transport of explosives by road on the territory of the Republic of Srpska, except for the transport of pyrotechnic devices for performing announced fireworks on 8th and 9th January from 00,00 to 24,00h.

On the abovementioned dates, the Ministry at its headquarters, police administrations and police stations will not issue permits for transport of explosive substances.

In order to ensure safety of the participants during the celebration of the 9th of January – Day of the Republic, from 4 p.m. to 9 p.m. on January 8, 2022 and from 7 a.m. to 3 p.m. on January 9, 2022, the Republic of Srpska Minister of the Interior issued an order to ban traffic for commercial vehicles over 3.5 tons of total mass, except for emergency and communal services vehicles and vehicles accredited to participate in the organization of the celebration. The ban applies to all the streets of the city of Banja Luka, except for the streets on the main road M-I 108 Bulevar Vojvode Stepe Stepanovića, Bulevar Vojvode Petra Bojovića, Bulevar Srpske Vojske, Knjaza Miloša, Branka Popovića (eastern transit) and the main road M-I 101 Manjačkih ustanika, Omladinska, Krajiških Brigada (western transit).

In order to ensure safety of the participants, we hereby remind the media, other subjects and the citizens that on January 9 will be prohibited the use of drones on the territory of the city of Banja Luka.