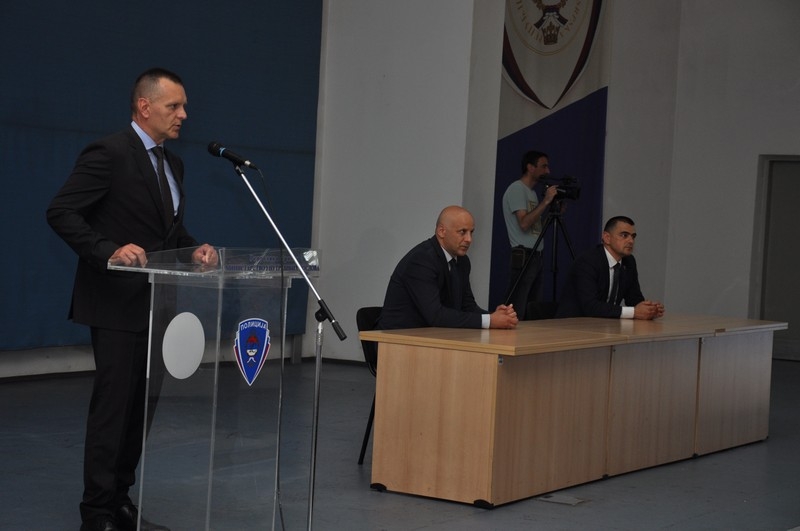 Today, the Republic of Srpska Minister of the Interior, Mr Dragan Lukač, and Police Director, Mr Siniša Kostrešević, attended the ceremony of signing the contract with 186 cadets, which marked the beginning of training for the 24th class of the Police Academy and the 10th class of Special Anti-Terrorist Unit.

Minister Lukač said that the aim of the Ministry was to rejuvenate the Republic of Srpska Police and 2, 000 young police officers had been trained at the Police Academy in the last years, as well as 500 police officers at the four-year College of Internal Affairs, today's Faculty of Security Sciences.

Minister Lukač pointed out that the MoI received positive response from the field regarding the behaviour of young police officers, and that they provided a new quality of work and strength to the MoI Srpska.

He said that those who decided to wear a police uniform should wear it with honour and proud, and to serve as a positive example to their families, colleagues, and all people across the Republic of Srpska.

The Head of Administration for Police Training, Mr Mile Šikman, said that the MoI had been conducting police trainings for 30 years. In addition, he emphasised that this class had 186 cadets, seven of which were members of the Special Anti-Terrorist Unit.

Head Šikman explained that the training would last fourteen months, eight of which would be spent at the Police Academy. The internship would last six months and would be implemented by police administrations throughout the Republic of Srpska.

Police Director, Mr Siniša Kostrešević, said that this significantly improved the quality and work of the police. Furthermore, he emphasised that the education of this generation had been extended by two months, which would enable them to be additionally trained and qualified to perform the regular police work.