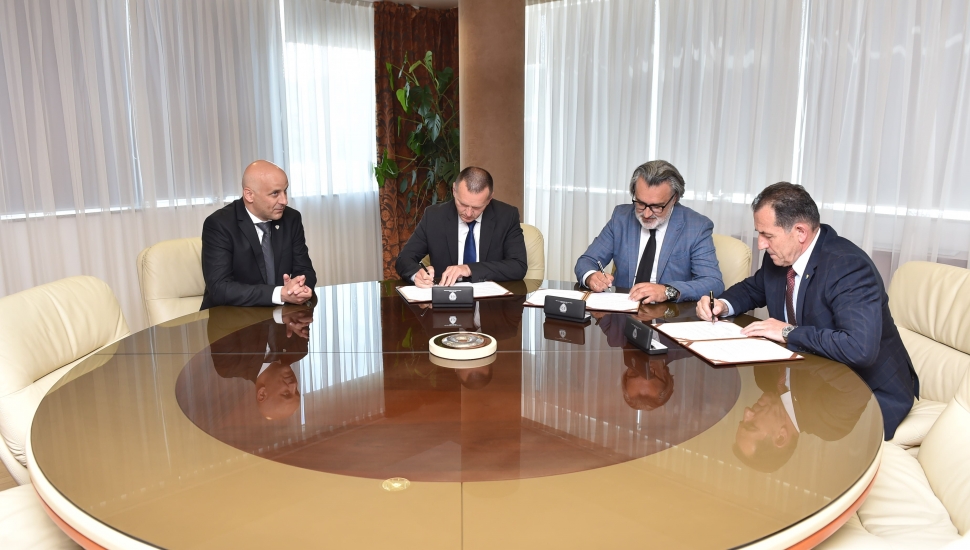 The Republic of Srpska Minister of the Interior, Mr Dragan Lukač, and Minister of Security of BiH, Mr Selmo Cikotić, signed the Agreement on conditions and manner of calculation and payment of salaries, allowances, and fees for the BiH liaison officer to EUROPOL in The Hague. The signing of the Agreement was attended by the Police Director, Mr Siniša Kostrešević, and the appointed liaison officer, Mr Aleksandar Stjepanović.

Minister Lukač said that an Agreement was signed today, sending a liaison officer to Europol on behalf of the Republic of Srpska Ministry of the Interior, after six years since the signing and ratification of the Agreement on Cooperation with Europol. He added that a significant step forward was taken and a new type of cooperation was opened, which would help the implementation of international operations and cooperation with all European police agencies.

Minister Lukač said that Mr Aleksandar Stjepanović was the first man from BiH to represent all police agencies and police structure BiH.

Minister Cikotić congratulated Minister Dragan Lukač and Europol Liaison Officer, Mr Aleksandar Stjepanović, and said that this was another important element in the chain of successful and useful moves made by security structures in BiH, both for internal security and international cooperation.

Minister Cikotić said that a Joint Contact Point for Cooperation with Europol would be soon established.

Appointed Europol Liaison Officer, Mr Aleksandar Stjepanović, expressed his gratitude to the ministers for their selection and support, adding that his official arrival at Europol headquarters provides all police agencies the opportunity to participate in joint work and to use tools to fight the most serious forms of organised crime, as well as access to Europol analytical projects and Europol databases, forensic centres, and etc.