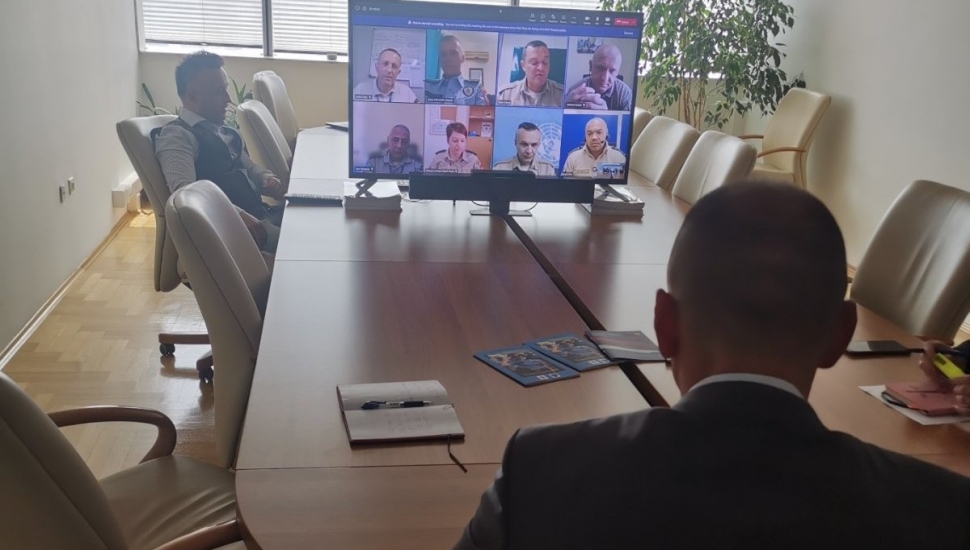 Police officers stationed in different zones in South Sudan and Cyprus informed the minister on the current security situation in their area, their position in the missions, and situations they face while performing their duties and tasks.

Minister Lukač said that our police officers had been participating in peacekeeping missions for twenty-two years and their task was to support the local police. Therefore, during their mandate they were not armed and they performed civilian tasks such as training, counselling, local police capacity-building, community policing and etc. Up to this time, more than 100 members of our Ministry had participated in regular, semi-professional, and professional positions in the UN peacekeeping missions around the world.

Our nine members are currently on missions (six men in South Sudan and one man and two women in Cyprus).

Minister Lukač said that members of the RS MoI achieved remarkable results and that their quality of service was recognised in the peacekeeping missions in which they are engaged. Furthermore, Maja Gačić, currently positioned in the UN Mission in Cyprus, was elected to the position of Deputy Head of the Mission in Cyprus for Police Affairs, which undoubtedly show the quality of our staff.