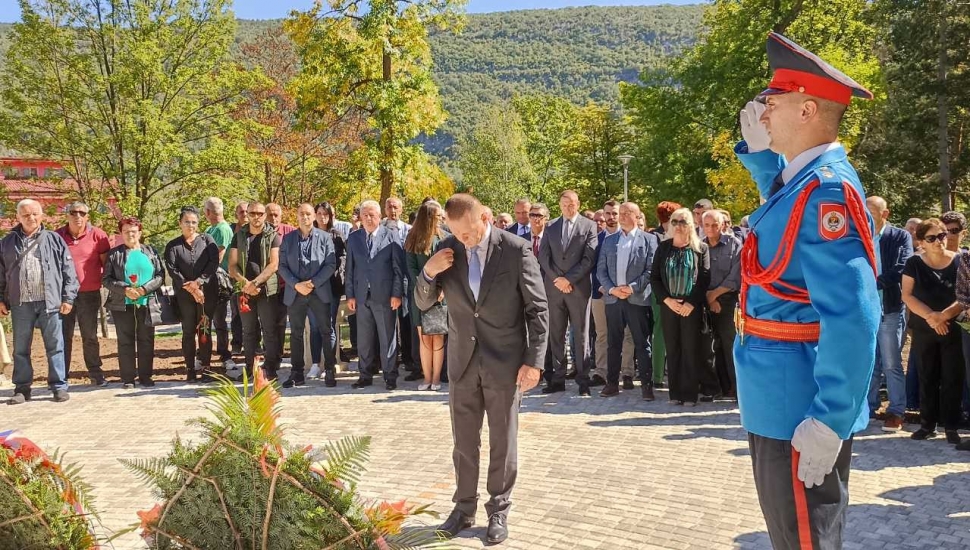 Minister Lukač said that this factory was opened with the support of Serbia and the Serbian President, Aleksandar Vučić, who recognized the need to employ returnees in Drvar, who had no other possibilities of employment.

The Minister stated that Yumco was an important regional brand and that he and the representative of the Serbian President, Milorad Veljović, discussed the possibilities to expand the factory and employ more people.

Minister Lukač said that the company management had already tried to expand its business to the Republic of Srpska and BiH market.

He also said that the most important thing was to increase the number of employed persons in Drvar, to provide its citizens the opportunity of employment, since they had very little option to work in other fields and provide existence that would allow them to stay in their homeland.

Minister Lukač visited the company in Drvar together with Mr Veljović and the Municipality Mayor, Dušica Runić. They also attended the Remembrance Day that was marked on the occasion of finishing the construction and opening of the central memorial monument to the fallen soldiers and civilians during the Homeland Defence War 1992-1995.

‘It is my honor to visit Drvar on this occasion today, and that the monument to the fallen soldiers was consecrated, the holy cross that shines light on Drvar, as a sign of remembrance to them and their sacrifice. Citizens of Drvar returned to their homes and you remember and respect the ones who lost their lives in the fight for freedom. The governments of Srpska and Serbia will continue to support the citizens of Drvar in their efforts to remain in their homes‘, Minister Lukač concluded.