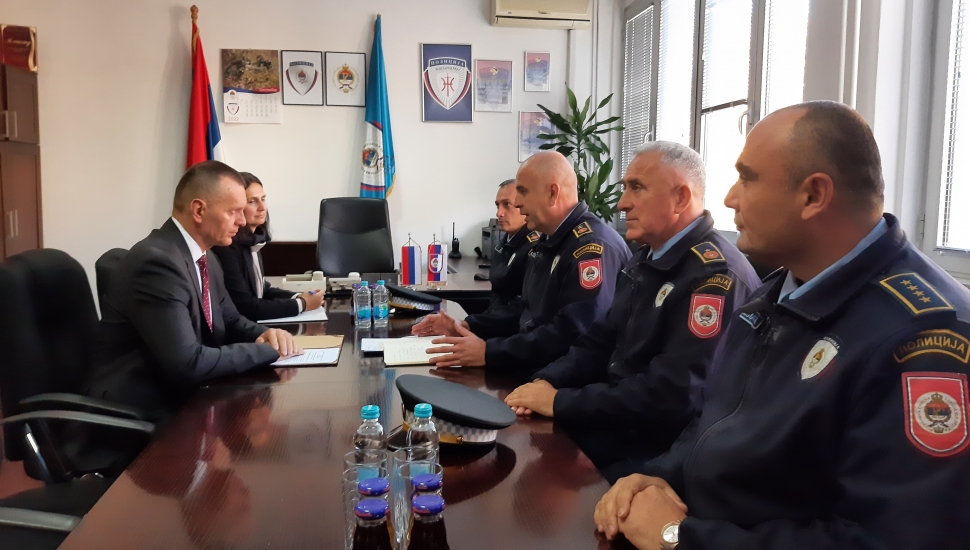 Minister Lukač said that, during his working visit to Prijedor Police Administration, it was concluded that the security situation was at the satisfactory level, but that there had been several criminal offences that burdened this local community, such as infanticide and the murder of the head of the Crime police in Prijedor, Mr Radenko Bašić. ‘This murder case has been solved, but we’re still working on detecting the role of anyone connected to this heinous and brutal murder, so some points of the investigation are still ongoing’, he said.

The Mayor of the City of Prijedor, Mr Slobodan Javor, praised the excellent cooperation and good communication with Prijedor Police Administration and its head, Mr Sretoja Vujanović. He reminded that the Agreement with the Ministry of the Interior on video surveillance was signed and concluded in 2019. ‘We have announced three tenders related to the procurement of technical equipment, installations and preparation works. All three were successfully concluded. For this purpose, only this year, the City of Prijedor provided BAM 125,000, and the Government of the Republic of Srpska BAM 100,000’, Mayor Javor said.