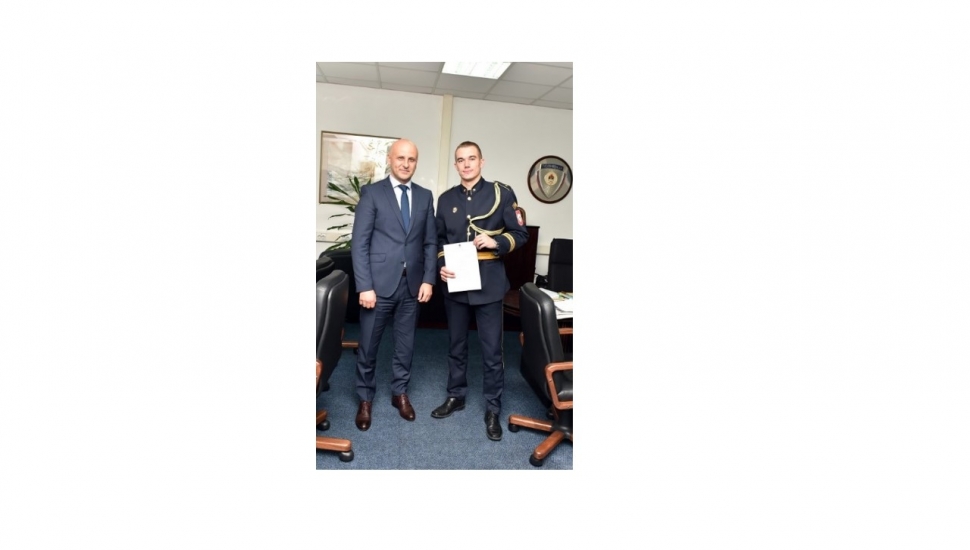 The Republic of Srpska Police Director, Mr Siniša Kostrešević, handed over today a decision on assignment to Mr Milovan Gavrić, a member of the Republic of Srpska Ministry of the Interior, after his ceremonial promotion on Sunday, September 18, 2022 to the rank of officer of the 143rd class of Military Academy in Belgrade. He was promoted along with 134 other cadets.

The RS MoI referred officer Gavrić to university education at the Military Academy in 2018, and after the decision that was issued today, he was assigned to work in Doboj Police Administration, since his place of residence was in Modriča.

On this occasion, Director Kostrešević wished him all the best and expressed his belief that the knowledge and experience he acquired would be useful in his future assignments.