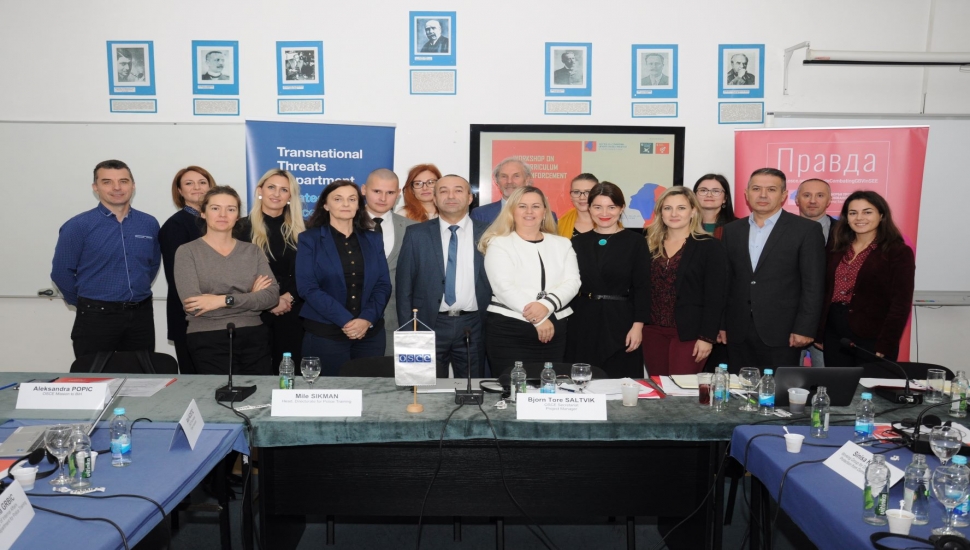 Yesterday, on November 14, 2022, the Republic of Srpska Ministry of the Interior, in cooperation with the OSCE Mission, Office in Vienna, organised a workshop in the premises of the Administration for Police Training on the curriculum development in the field of gender-based violence.

The workshop was held as a part of the project entitled ‘’Enhancing Criminal Justice Capacities in Combating Gender-based Violence in Southeastern Europe’’ which aims to strengthen the capacity of the criminal justice system in combating gender-based violence in Albania, Bosnia and Herzegovina, Montenegro, North Macedonia, and Serbia.

The workshop was attended by the Head of Administration for Police Training, Mr Mile Šikman, and the Project Manager, Bjørn Tore Saltvik, and the participants were members of the working group for the adoption of the Law on Protection from Domestic Violence, appointed on behalf of the Republic of Srpska Ministry of the Interior, members of different organisational units of the Ministry, representatives of the OSCE Office from Vienna and Banja Luka, as well as an independent expert engaged by the OSCE Mission.

The workshop presented an analysis of the existing curriculum in this field (which is performed under the title "Specialist Training for Working on Cases of Domestic Violence"), which was rated as one of the high-quality in Southeastern Europe. In addition, the next steps have been defined, which include the implementation of the new curriculum that will be implemented through trainings in 2023, in order to harmonise it with the standards of the Istanbul Convention of the Council of Europe.