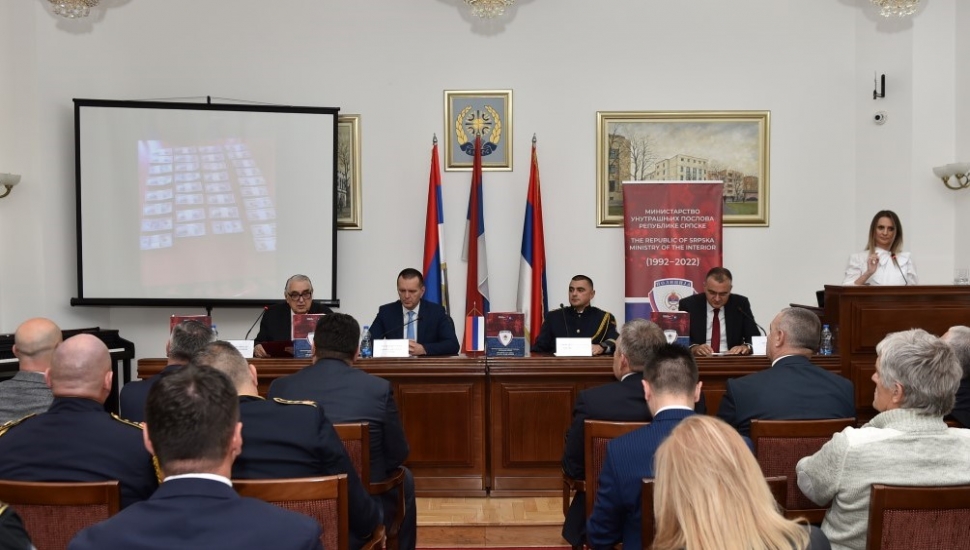 Minister Lukač pointed out that the Monograph presented both the establishment and the historic development of the Ministry, explained the mission and vision of the Ministry, its work and introduced the new, young generations of police officers.

The Minister once again emphasised the hard times that the Ministry has gone through – both during and after the war, but continued to function exceptionally. On the occasion, the President of the National Assembly, Mr Nenad Stevandić, said that the Republic of Srpska Ministry of the Interior was the first, and remained the only synonym for security in the Republic of Srpska.

He used the opportunity to congratulate Minister Lukač and his associates from the Ministry on the efforts that they had invested to publish the Monograph. Mr Stevandić stated that the presentation was particularly emotional for him, since he wore the police uniform during the war.

Mr Mile Šikman, the Head of the Administration for Police Education and a member of the Editing Board, said that the Monograph consisted of two parts – introduction and the body, that it had 308 pages, 340 photographs and more than 50 charts and diagrams. He also pointed out that the Monograph presented a documented development of the RS MoI over the past 30 years.

The Prime Minister of the RS Government, Mr Radovan Višković, members of the ASARS, representatives of the RS MoI, prominent historians and scientific workers also attended the promotion of the Monograph.