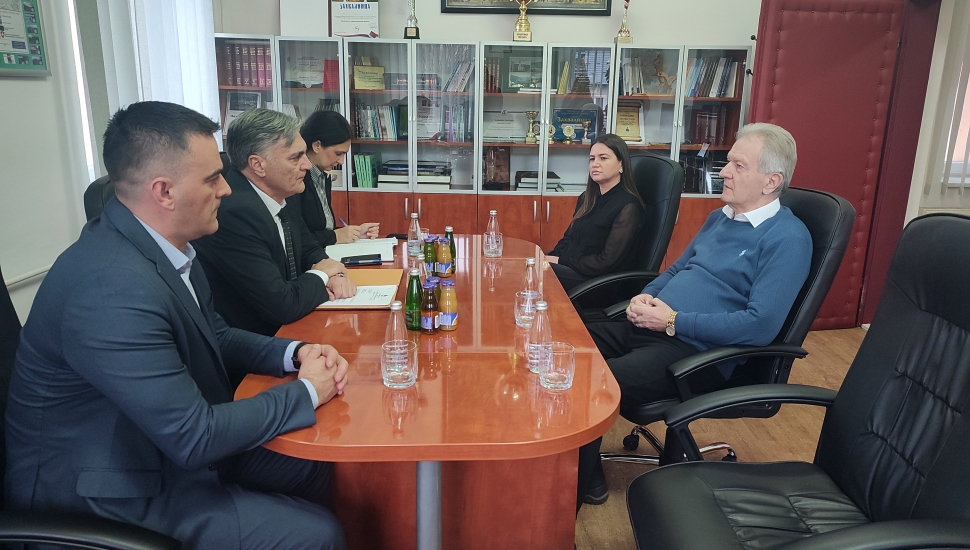 The Republic of Srpska Minister of the Interior, Mr Siniša Karan, said that, as a result of information exchange and preventive action, the municipality of Trnovo was the best example of how a small municipality managed to eliminate major consequences during floods caused by a heavy rainfall in time and within its capacities.

After the meeting with Mr Dragomir Gagović, the mayor of Trnovo, Minister Karan said that after floods and unfortunate occurrence, the principle of preventive work of all protection and rescue services was the best way to act in natural disasters and similar situations.

Minister Karan emphasised one more the importance of a rapid information exchange, the way to receive that information and to act accordingly, as was done by the municipality of Trnovo.

He emphasised that, if there had been no adequate action, the consequences for the municipality of Trnovo would have been much more serious than they are now.

Minister Karan pointed out that all institutions expressed their readiness to act rapidly and exchange information, as well to act preventively in order to avoid disasters, but he also pointed out gaps of administrative environment that would be solved in future.

During his visit to Trnovo, Minister Karan also met with the Head of the Istočno Sarajevo Police Administration, Mr Branimir Šehovac, with whom he visited the premises of the Police Station, and on that occasion he pointed out that the security situation in Trnovo was at a satisfactory level.

Mayor Gagović explained that the state of emergency in this municipality had been lifted because the water level of the Željeznica River had decreased and returned in its river bed.

He emphasised that the state of security in this local community was at a satisfactory level, which was contributed by the people working within the Republic of Srpska Ministry of the Interior.